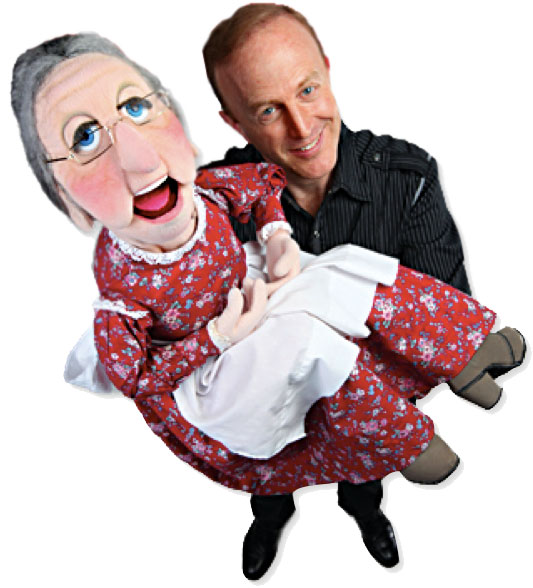 
Ever since he was six years old, David Pendleton has had a passion for ventriloquism and performing. Today, he’s a seasoned professional, an in-demand comedian, and expert ventriloquist whose unique brand of humor has won audiences over throughout the world.

David’s flawless technique as a ventriloquist sets him apart from just about any other ventriloquist you have ever seen. He will not only amaze you with his ability to make you believe that anything can talk, but his comedy act will also keep you laughing from start to finish.


David brings to his show a cast of comedic characters including lovable but blunt Aunt Tilly, a 94 year-old spinster; the classic quick-witted trouble maker, Mack Elroy; the dopey yet adorable hound dog, Buford; and the slightly misguided albino vulture, Vern. Of course no show would be complete without a few surprise appearances from members of the audience as well!

David’s high-quality, family-friendly humor has mesmerized audiences the world over. Whether it’s a convention or conference, a corporate event or a cruise, David Pendleton makes it a night to remember!

Upcoming blog posts from each of David's characters! Stay tuned!